​​​The Ronny Fix jumpers are used to stabilize a forming of two printed circuit boards. Very often these components are used in combination with other jumpers, such as our Bridge jumpers or other Flex jumpers. The Ronny Fix jumper is made of thick copper and has predetermined bending points, the exact bending is done at a fixed position.

Normally they are assembled over a PCB milling edge, but can also in combination with our Short-jumps or Power-Jump be assembled over a scoring edge. The components are automatically assembled with other SMD components on the PCB and soldered. After which your PCB can be formed, you can solder the Ronny jumper in the corresponding angular position, that is, you can using a soldering iron produce a solder point which then fixes the angular position. It is self explanatory that these jumpers can produce an electrical connection.

Due to the large design very high load currents are produced; an uninteresting side effect. A greater mechanical stability solution is our Ronny- Soldfix jumper. (See page right) Through solderable side flaps a significantly greater mechanical stabilization is achieved. Allowing for absolute stabilization of robust component assemblies, where heavier components are assembled and still remain properly aligned With both types of course, different angular positions are created and fixed. ​​​Here we show you the current load values, which through the Ronny jumpers can be achieved.

Although this jumper originally was not constructed as a currentcarrying component, the resulting values are quite exciting, this make these parts very attractive from this perspective: ​​​​Our Ronny-Soldfix jumper distinguishes itself from the previously described jumper, due to the fact that they have an additional side flap in which when bent are brought together. The fixation is once again done through soldered joints, once the side flaps are soldered, truly exceptional stability results are achieved. 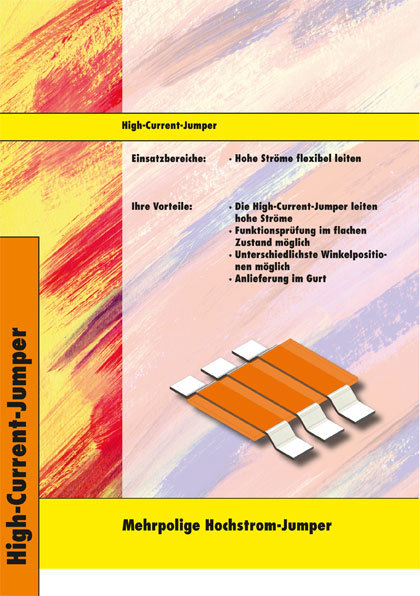 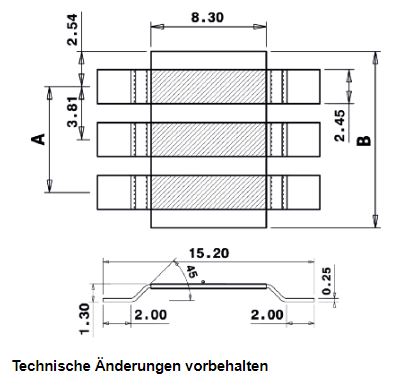